You can build a project, originally created with Tizen Studio, using the Command Line Interface (CLI).

Building a Tizen Studio Project on the CLI

To build a Tizen Studio project on the CLI, you must convert the project to a CLI project: 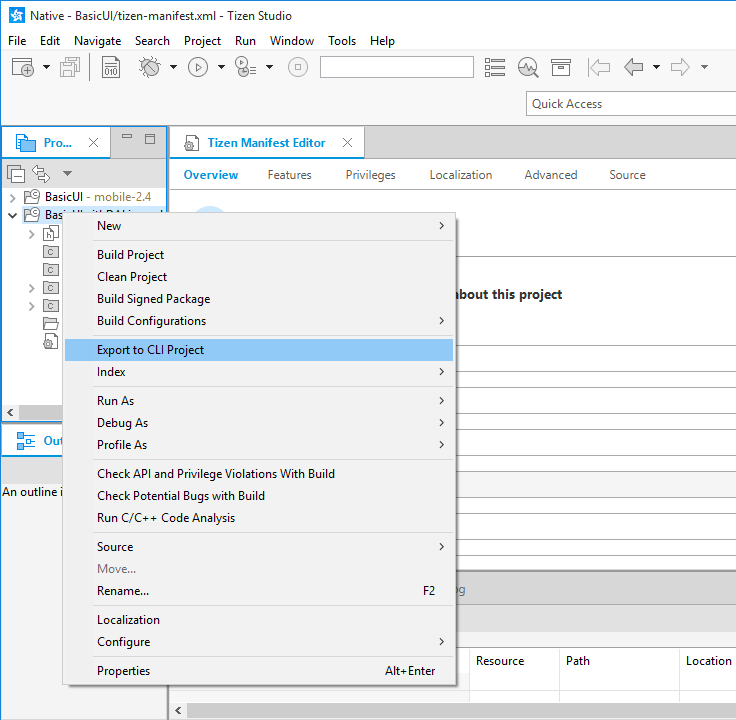 The build_def.prop file describes some build configurations. You can run pre-build and post-build commands by describing the following properties.

In addition, you can use some environment variables to describe the pre- and post-build commands.