Webinar: An overview for those new to Tizen 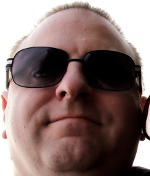 We start our series with an Introduction to Tizen, which will provide a great overview for people that are new to Tizen.  Even if you are already familiar with Tizen, the first session will be a nice refresher on what makes Tizen unique.

My name is Carsten Haitzler. Some may better know me as Raster or Rasterman. I've been using Linux as my only operating system since 1996. I've been developing applications for Linux since then, and before that I also wrote some software for Solaris. At that time I was at University (UNSW) in Sydney, Australia. Since then I have worked and lived around the world in many countries, all of it being related to Linux professionally. I have written window managers (well 1, but re-written 3 times now), compositors, image processing and rendering libraries, toolkits, video players, terminal emulators, image viewers, and many other utilities. I've contributed to GTK+ and GNOME, and am the founder/lead for Enlightenment.

I now have been working with Samsung for about 6 years on a Linux platform that now has been made public under the name of Tizen. I've been in Korea now for over 4 years full-time as Principal Engineer at Samsung Electronics. Over the past few years the vast majority of my time has been dedicated into EFL (Enlightenment Foundation Libraries) that originally started as a simple separated toolkit set to help write Enlightenment, a beautiful and lightweight Linux desktop environment, but that have since grown an entire life of their own due to the many cool things they do and how well they do them.