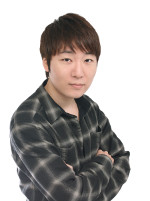 In addition, the programming model also uses a script language called EDC (Edje Data Collection), so that the application logic can be separated from the UI design. Using EDC, application developers can also make complex and dynamic UI layouts. The Tizen SDK has rich collection of UI creation tools and documentation for application developers to make use of the above facilities.

During the course of this webinar, ChunEon will introduce the concepts involved in creating complex UI layouts using EFL. The topics covered include EDC, API interactions and different widget classes and how all of these can be combined to build a complex UI layout for an application.

In addition, the usage of dynamic EDC editor tool, Enventor, is discussed. If you are an application developer building native applications for Tizen devices or in general want to understand the native UI programming model of Tizen, this webinar is for you.

ChunEon Park is a software engineer from Samsung Electronics, who has worked on the Tizen Platform since 2009. He specializes in EFL, the core Tizen UI Framework and has contributed to the improvement of the Tizen UX, UI and Tizen Graphics system. He is the author of Enventor, an elegant UI creation tool for Tizen native application development. He has been deeply involved in the development and commercialization activities of several Tizen based products like the Samsung Z1 and Samsung Gear. He currently performs the role of a technical leader in the Tizen UI Framework team.

ChunEon Park has also been a prominent member of the EFL open source community for many years and is known under the nickname 'Hermet'.