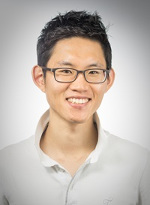 In this webinar, Daniel Juyung Seo from Samsung's Software Center discusses how to write Tizen Native UI Application. He mostly focuses on the UI part covering EFL toolkit and the rules for the application layout.

Daniel Juyung Seo will also discuss how you can find useful documentation for the native UI application development. He also shows some demos to give more useful examples to audience. During the webinar, you will learn how to use EFL toolkits and make your application's layout with EFL.

Daniel Juyung Seo is a senior software engineer at the Software Center in Samsung Electronics. He has been working at Samsung Electronics for 6 years, focusing on the development and improvements of EFL (Enlightenment Foundation Libraries) toolkit and Tizen platform. He participated in Tizen Camera (NX300) and Tizen Wearable Device (Gear 2/Gear S) product development. He is a technical leader of a team and likes to co-operate with other engineers. He spends most of his time making technical decisions, helping/answering/training engineers and writing code. He likes to share experience as a technical mentor and helps other engineers work effectively and enjoy their work.

He joined the EFL/Enlightenment open source community in 2010, and he has been actively involved the project. He is a self-motivated and passionate engineer who enjoys open source activities and made solid contributions.

Finally, he became one of the first Korean EFL/Enlightenment open source committers. He was nominated as a technical advisor of Global Open Source Frontier Project of the Korean government. As an active technical writer, he contributed EFL and Tizen articles to magazines and manages his own blogs. Also as an active speaker, he had over 30 public presentations about open source, Tizen, and EFL.