This article will show you how to grab a camera preview frame and apply some effects to it.  Also, it describes how to apply the very same effect on the eventually taken picture using only the Tizen Native Camera and the Image Util C API.

In the presented example we want to add a sepia effect to a camera preview and the final picture. Sepia is an effect which makes the picture look like an old-fashioned monochromatic photograph, colorized with brown tones.

The point of our concept is to let the user see already in a camera preview how the final picture would look like.

Before reading this article it is recommended that you familiarize yourself with the basic Native Camera API usage under the following link:

Then you should be able to prepare your own basic camera application which provides live preview and takes a picture. You can also download and familiarize with one of the SDK sample applications with the camera functionality.

The starting point is to have a simple, working camera app.

Using the instructions below you will be able to modify your application to provide a sepia effect on the preview and the final picture.

Considering we have already a working simple camera app (be it one of the sample Tizen camera apps or an app made by yourself), here is the brief summary of steps we need to do to make things work:

Step 3: Implement a function to modify the final picture:

The expected result of the modifications will be as on the picture to the right: 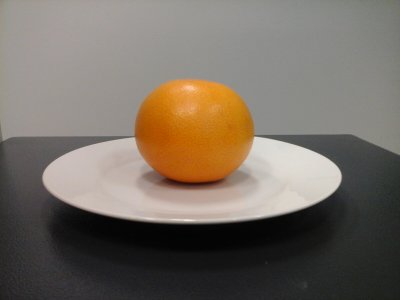 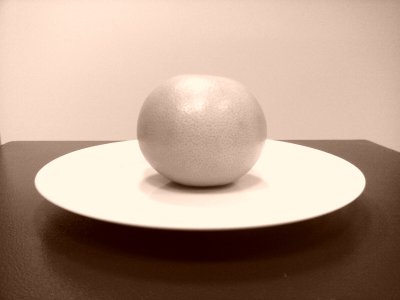 To separate image modification code to be easily reused in the sample code, we will place all image modification functions in a pair of header and source files. Only three functions will have to be called “outside” in your camera app code: prepare_camera(), modify_final_image(), and finalize_taking_picture(). They are listed in the img-mods.h header which you have to include into your app.

Sepia effect is a toning effect which influences the picture as a whole, making it actually a monochromatic picture, colorized with different shades of one color - brown. That's why the easiest way to apply it is to do it in the luminance-chrominance color space.

In Tizen the video stream is encoded in NV12, which is an encoding consisting of luminance data and two chrominance components. It’s a good format to directly apply the sepia effect, because we don't need any extra conversion to separate brightness and color information and modify them.

The camera preview frames are given to us in NV12 by default, so we don't need to set up the preview data encoding before starting the preview.

However to make the final picture encoded in NV12, we have to set the camera capture to NV12:

Also we have to register a callback to get informed about receiving the camera preview frames:

As both of these functions can be called in the same moment, we can pack them in a convenient function:

Step 2: Implement a function to modify the preview frames

In step 1 we registered a callback to be executed on each camera preview frame we have received. Now we have to define that callback.

Before we start, we should examine the format of the preview frame.

In case of Samsung Z1 and Z3 devices, the preview frame is encoded in 2 -plane NV12. What does it mean?

NV12 is a specific case of Y’CbCr color space image encoding. You can read about Y’CbCr more on Wikipedia https://en.wikipedia.org/wiki/YCbCr. Y’CbCr is commonly called YUV (although it is not exactly the same format as original YUV as it could be found in analog television). Each pixel can be defined by the luma value (Y’), connected with luminance, and chroma component values: Cb (commonly called U) and Cr (commonly called V), defining color of a pixel. NV12 uses so called chroma subsampling. As you can see on the figure 2, if the image is encoded in NV12, each pixel has its own unique luma value, but four neighbouring pixels share one color value. The color is defined by a pair of chroma components. It is reasonable to subsample the color data and reduce its resolution in favour of luminance data, because the human eye is not as sensitive to color as it is to light. 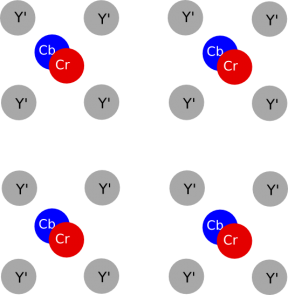 Figure 3 - Representation of NV12 data in the camera preview frame

As the sepia effect converts the picture to the monochromatic color scale built on a brown color, it  can be easily done on luma and chroma planes separately. We can put our operations in two separate functions – one multiplying the luma value to provide old picture style overexposure effect, and the second one – bringing the brown tone to the picture, which in our case means replacing the chroma components’ values to constant ones.

Usually, old pictures, especially amateur ones, are either over- or underexposed. In this example we will use a simple trick to blow out highlights in order to make an impression of an old photograph.

We can easily do it by multiplying the luma value by a constant, in the following example, by 1.5.

To avoid exceeding the value range we create a simple function below. In our example the section clipping negative values will not be used (we only increase the luminance).

Modifying chroma comes down to simple setting the Cb and Cr composites to constant values, which define brown color (we chose Cb = 114, Cr = 144). As you have already seen on the figure presented before, odd bytes of data.double_plane.uv mean Cr values, while even bytes mean Cb values.

Step 3: Implement a function to modify the final picture

Now we can proceed to the modification of the picture finally taken by user.

As you probably know, capturing a picture is triggered by the camera_start_capture() API function.

To modify the picture before saving we should add some lines to the _capturing_cb callback.

Generally, we packed all that should be done in this step in two convenient functions: modify_final_image() and finalize_taking_picture(). The former, performs the operations on the image itself. The latter, saves the image as a file in a requested path of a storage memory and updates the media database and it will be explained in Step 4.

The structure representing the captured NV12 image is a bit different than the preview frame structure we have seen before. The structure contains data string which contains both Y and UV(CbCr) data under one pointer. However the luma to chroma bytes’ proportions are the same – each pixel contains unique luma value and chroma values pair is subsampled for groups of 4 pixels.

That’s why, if providing properly set pointers as parameters, we can manipulate the luma and chroma data of the captured photo, using the same functions we have implemented for the preview frame modifications: _luma_mod_blow_highlights() and _chroma_mod_sepia().

The last thing we have to do is to encode the modified picture to JPEG and save it to the device storage. It is done using the image_util_encode_jpeg() API function.

As you can see now, by using Tizen Native API and nothing more, you can grab and modify the camera preview and a captured picture. Now you can modify any camera app using the tips presented in this article as well as create your own more complex modifications to the camera preview and/or the picture.

The source code described in this article is located in the attachment.