How to Use EDC file in Native Application

2 What is EDC File

An EDC file is a collection of groups that typically contain parts and programs blocks.

Apart from the above mentioned blocks, there may have some other extra blocks based on application requirements.

Group Block: The group block contains a list of parts and programs that set different properties of a given Edje Object.

The part block is used to represent the most basic design elements of the theme, for example, a part can represent a line in a border or a label on a button. Some of the part properties are name, type, description etc. A unique name is used to detect a part within a group .Type property sets the objet type of a part. Some of the Valid types are RECT, TEXT, IMAGE, SWALLOW, TEXTBLOCK, TABLE, BOX, EXTERNAL etc.

Program Block: The program block defines how your interface reacts to events. Programs can change the part state or trigger other events. Some of the attribute of program block are

o      name:  It sets the name of the program for unique identification.

·   hold,on: Holding on the mouse event matching the source that starts the program

·   mouse,in: Moving the mouse into the matching source that starts the program

·   mouse,out: Moving the mouse out of the matching source that starts the program

·   mouse,clicked,*: Clicking any mouse button in the matching source that starts the program

o      source: It sets the area of an accepted signal. There can be several signals, but only one source keyword per program can be used. For example, source: button-* means that signals from any part or program named button-* are accepted.

o      action: Its sets the action to be performed by the program.  Some of the valid actions  are:

Create a .edc extension file in your native application source project under res/edje directory. Then write edje codes in this file.

Now get the edc file contents using app_get_resource_path (). To get contents you have to provide the edc file path. For example, if your edc file name is edcfileapp.edc, the path name will be edje/edcfileapp.edj where edje is the directory name under the res directory of your project.

Note:  File extension in path name will be edj, not edc.

After that sets the edj file  that is used as a layout using  elm_layout_file_set  API.

In the following attached sample application, GRP_MAIN is set as a macro of group name located in project header file which is edcfileapp.h.

Finally set the layout object on a container. 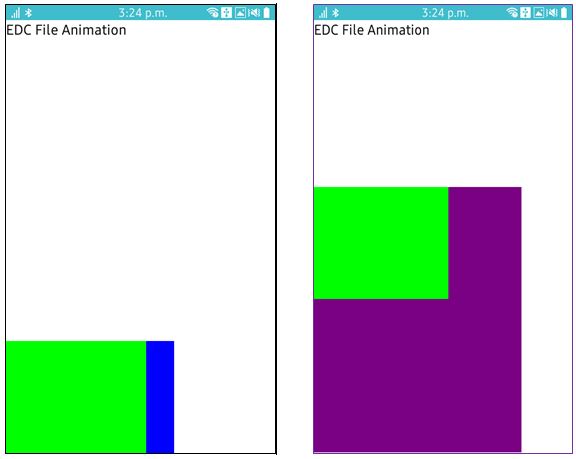 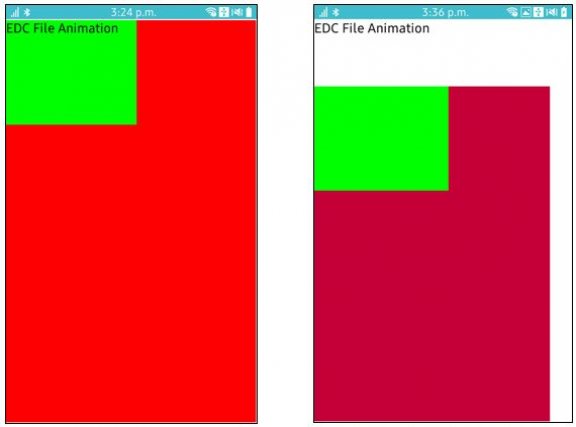