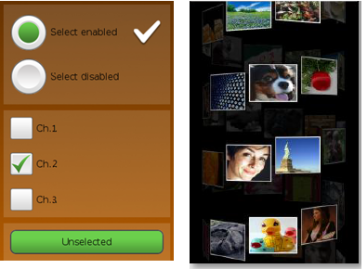 The base class for the components is Dali::Toolkit::Control (in mobile and wearable applications). It can also be used to create your own custom UI components.

For more information of control class, see Control. In this UI Components guide, both the terms control and component are used to refer to a UI component.

You can customize the look of the UI components with stylesheets. For a reusable rendering logic that can be used by all UI components, take advantage of DALi visuals.

The following figure illustrates the hierarchy of the UI components.