Tizen Platform doesn’t support WiFi Direct Web API yet, however its implementation should appear soon. For now there are few ways of creating web application using WiFi Direct. One of those solutions I’m going to describe in this article. We’ve created WiFi Direct library for web environment that uses hybrid application to provide Web API that developer can use and invoke some native functions. Using this library I’ve created multiplayer game called TypeRace, which process of creation is going to be described in details in this article.

Detailed description of the library can be found under this link https://developer.tizen.org/documentation/articles/wi-fi-direct-and-sockets-tizen-web-applications. We’ve described how WiFi Direct library is structured, how given aspects of library works and how to use it in your application. Here, we’re going to focus only on library usage. 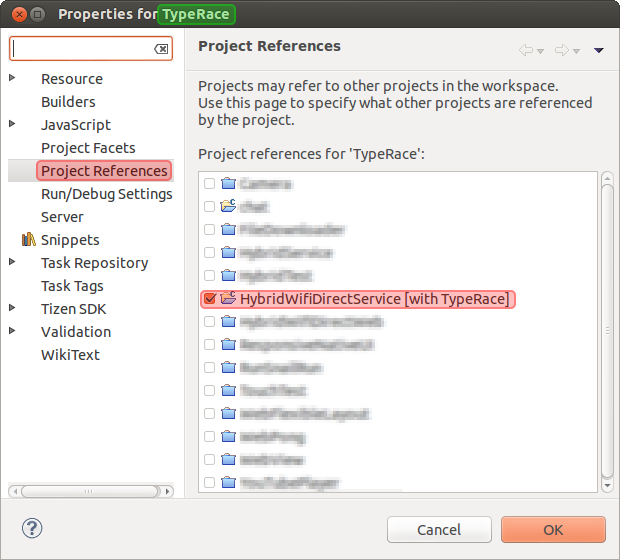 Next thing you have to do, is including two JavaScript files to you web project. Now you are ready to start. Now I’m going to describe process of creating simplest possible communication between devices using WiFi Direct Web Library.

That would be pretty much all we have to do to start creating application using WiFi Direct. Of course it’s the base of application. In real world application you would need to use more functions and design application’s logic.

In this section, we’re going to describe the process of creating “TypeRace multiplayer game using WiFi Direct Web Library. In the pictures below you can see how application looks like. 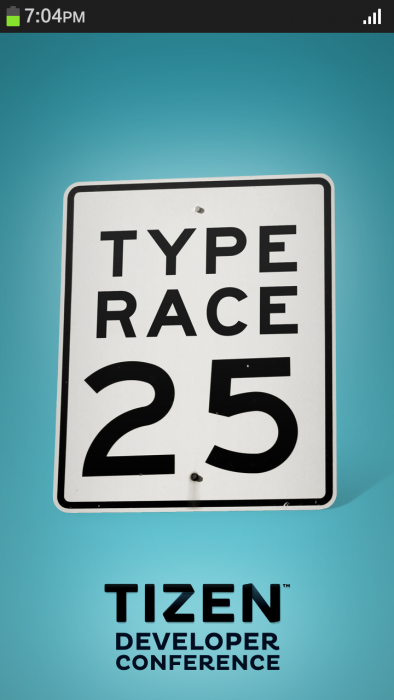 Start screen of the TypeRace application 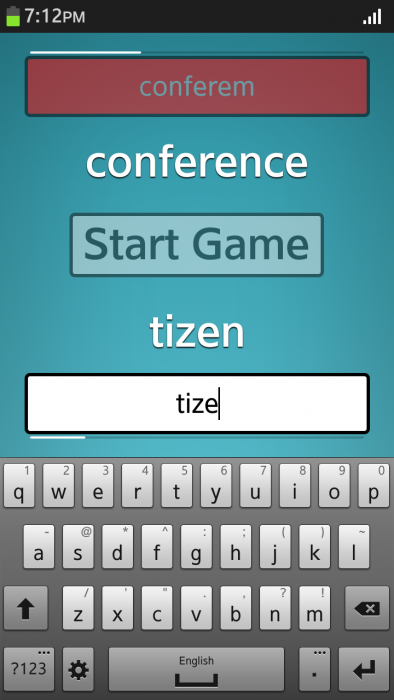 “TypeRace” game is about typing words. You compete with the second player in typing six words (randomly drawn from the database). As you can see in the picture above, we have text fields of both players on the screen and when some typo is made then text field turns red. You can see in real time the word that your opponent is typing in his/her text field.

The game’s UI is build of few screen made of DIV elements with the screen class. When going from one screen to another we just simply hide one and show the other. We avoided using complex transitions to make things easier and focus mostly on implementing WiFi Direct logic.

We also defined DIV element with the loading indicator that when shown covers entire screen with semitransparent layer that disallows user to click any UI element. Loading layer is being shown whenever longer action takes place like for example seeking existing groups.

The words to write in the text field are presented below or above the text field (depending on the player). They’re drawn on the canvas element to disallow user copying text and just pasting it in the text field. We could also do some letters rotation, scaling and scattering to make it more difficult to read by OCR readers but it’s not the subject of this article.

We’ve defined game object that holds all game’s functionality. It has ui attribute that deals with UI management. It has few methods:

The ui object also stores references to all game’s DOM elements that are going to be used in the game. Implementation of those functions is quite straight forward, so I haven’t put the code in the article. If you want to examine the code of those functions, please go to the main.js file.

In the game namespace we also defined printWord() function which prints given word on the canvas of given player. You can add some extra functionality to this function to a make text more difficult to ready by OCR readers.

As you can see at the end of the start() function we call this.update() method which refreshes the UI. We call this function whenever UI needs refreshing. We don’t update UI in loop 60 times per second because it doesn’t need to. Instead, we update UI only when some data has changed. Update function is quite complex and deals with all the game states. To understand it you need to investigate it carefully from top to bottom.

We’ve defined some function to deal with players’ data:

For better understanding of the code I encourage you to investigate the whole code of TypeRace game. I hope that this short description helped you better understand how to deal with creating your own games. Creating multiplayer games is not easy task to do, however with WiFi Direct library for Web it’s a lot simpler because you don’t have to deal with memory allocation, pointers and other things that are related to native programming on Tizen.