You can use animations to allow objects to move around and change their properties for a specified duration. NUI implements an easy-to-use animation framework that allows you to create visually rich applications. The Tizen.NUI.Animation class can be used to animate the animatable properties for any number of objects, typically view object.

NUI animations occur in a dedicated thread. This allows animations to run smoothly, regardless of the time taken to process the input, events, and other factors in the application code. 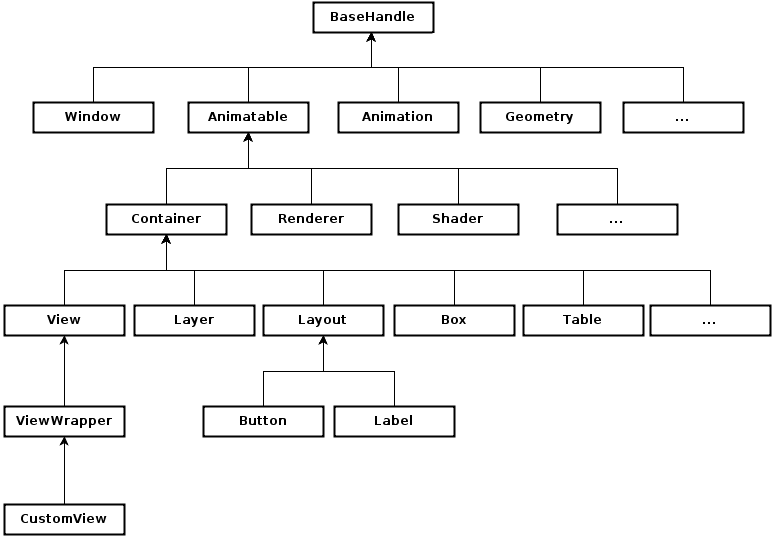 To implement a basic animation, specify an animation object that takes place in milliseconds:

Some view properties are animatable, such as Position, Orientation, Scale, and Color.

The controls class is derived from the Tizen.NUI.BaseComponents.CustomView class and set the property to be animatable. For standard controls, you can query whether a property is animatable (using the IsPropertyAnimatable() method of the Tizen.NUI.Animatable class), but cannot change the animatable state.

To animate a property in NUI, you can use two distinct methods:

You can also pass properties to an animation method through the Property class instantiation:

For more information on properties in general and animatable scriptable properties in particular, see Managing Properties and Creating Transitions.

After the animation is created, you can control its playback:

During the playback, you can receive notifications at various stages of the animation, such as the following:

You can specify a different alpha function for each animator in an animation object:

You can also create your own alpha function in two ways:

NUI animations and rendering occur in a dedicated rendering thread, which allows the animations to run smoothly, regardless of the time taken to process input events in the application code. Internally, NUI contains a scene graph that mirrors the view hierarchy. The scene graph objects perform the actual animation and rendering, while the views provide thread-safe code.

The following figure shows a view hierarchy in which one of the views is being animated. The green objects are created by the application code, while the blue private objects are used in the dedicated rendering thread. 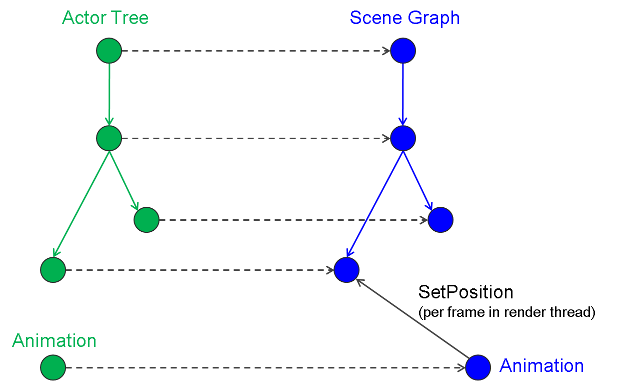 When a property is animatable, it can only be modified in the rendering thread. The value returned from a get property is the value used to render the previous frame.

For example, view.Position has the position value at which the view was last rendered. Since defining a new position for view.Position is asynchronous, it does not immediately return the new value.

The output of the code:

When a property is being animated, the animation overrides all values set using other methods.

The steps to execute in the render thread are:

You can use an animation-hello-world.cs sample to see in practice how the AnimateBy() and AnimateTo() methods, and alpha functions work.

After setting up your NUI development environment and building the NUI source code, follow the below steps: