The part block is used to represent the most basic design elements of the theme, for example, a part can represent a line in a border or a label on a button. 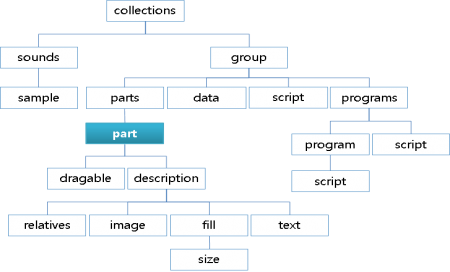