The group block contains a list of parts and programs that compose a given Edje Object. 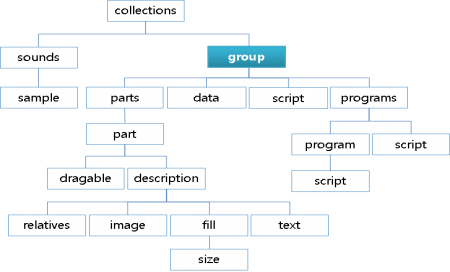